WhatsApp is reportedly working on a fingerprint authentication feature to protect its users’ chats from being seen by others. The authentication, once enabled, will be required for users to open the app.

The Facebook-owned instant messaging service was recently reported to bring a similar feature to iPhone as well, supporting two biometric authentication methods both Face ID and Touch ID. It appears this won’t be limited to iPhone, and users on Android will get fingerprint authentication, but no facial recognition based authentication, thanks to the lack of a widely used standard on the platform.

A fan site that tests new WhatsApp features early, the feature is current under development, and disabled by default in the Android 2.19.3 beta version.

“After working to implement Face ID and Touch ID features on iOS (that aren’t available yet for development reasons), WhatsApp has finally started to work on the Authentication feature on Android, using your Fingerprint!”

How to enable fingerprint authentication on WhatsApp 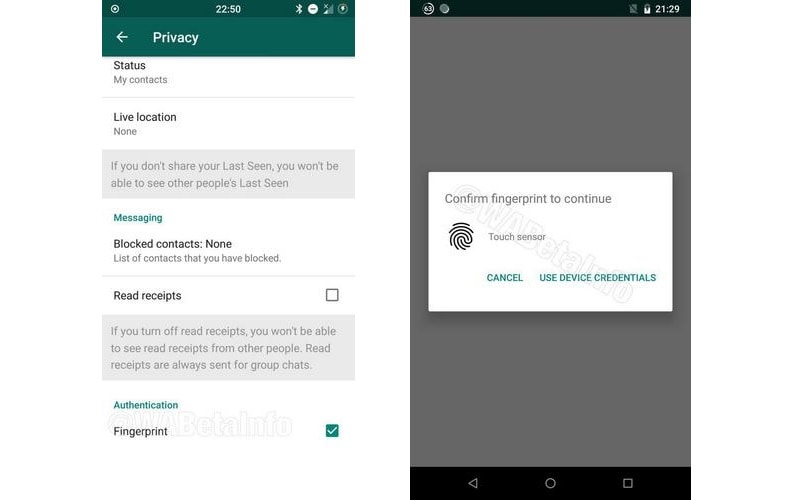 Once you enable the fingerprint feature, WhatsApp will be completely protected from others to be seen. Of course, if your phone is already protected by an authentication method, it’s a little redundant.

The user will need to authenticate his identity in order to open WhatsApp (from the app icon, from the notification or from external pickers). It will protect the entire app, so it’s not used to lock specific conversations.

This feature would be available in future for any Android user (and later for iOS users too) having Android Marshmallow and newer operating systems and a fingerprint sensor.

How Our Sun’s Heliosphere Is Shaped by the Universe

Pair of Massive Stars Get Surround by Salty Water Vapors

A grand congregation titled as COP26: Conference on Climate Change was hosted by Rotary Club of KarachiEducationists in collaboration with

he Kennedy-Lugar Youth Exchange and Study (YES) program for Pakistan 2021 is funded by the U.S. Department of State’s Bureau

How Our Sun’s Heliosphere Is Shaped by the Universe

In March of 2020, we brought you the news that physicists had unveiled an advanced new model of the heliosphere