Antioxidants are the compounds that inhibit oxidation. Oxidation is a chemical reaction that leads to the production of free radicals resulting in chain reactions that can damage the cells and organs. Our human body naturally produces these free radicals as a result of various reactions.

So, antioxidants are also naturally produced to counteract their damaging effects. However, as a result of various environmental stresses, free radicals usually outnumber the naturally occurring antioxidants. So in order to maintain a healthy balance, an external supply of antioxidants is necessary.

Oxidative stress is as an excess production of reactive oxygenated species beyond an antioxidant defense system. Our body continuously produce reactive oxygen species due to various environmental factors.  If the body fails to create a safe balance in the body it leads to many hazardous effects. Therefore taking a diet rich in antioxidants can help in counteracting those deleterious effects.

Antioxidants are the molecules that inhibit the harmful effect of free radicals and prevent cellular damage. They reacts by depleting the level of molecular oxygen, removes prooxidative metal ions and aggressive reactive oxygen species. Example of reactive species include superoxide anion radical or hydrogen peroxide. They also removes chain initiating radicals such as hydroxyl, alkoxyl or peroxyl groups. Though the presence of antioxidant defense is universal but their action is different from specie to specie. They perform their action both enzymatically and non-enzymatically in both cellular and extracellular environment. 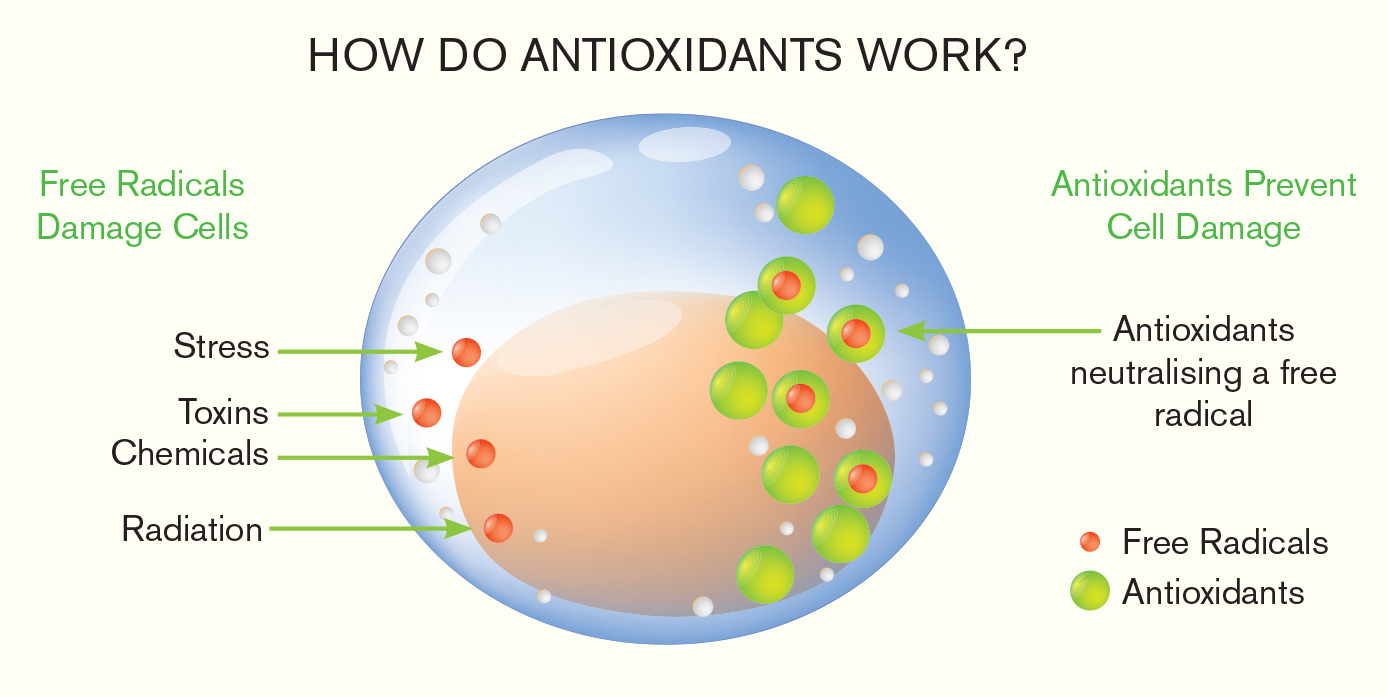 As reactive oxygen species imparts many deleterious effects on human body, oxidative stress is associated with a lot of health disorders. Some of the diseases caused by oxidative stress are as follows:

Most of the neurogenreative disorders are because of loss or damage of specific neurons. Reactive oxygen species play a role in causing death of specific neurons. It leads to neurogenerative disorders. Some of the neurogenerative diseases caused by oxidative stress includes Alzheimer’s disease, Parkinson’s disease and Amyotrophic lateral sclerosis.

Studies have shown that oxidative stress leads to the development of various cardiovascular diseases which includes; hypertension, atherosclerosis, myocardial infraction, dyslipidemia, angina pectoris, and in extreme conditions it even leads to heart failure.

Example of the kidney diseases that are linked with oxidative stress includes urolithiasis and diabetic Nephropathy.

Oxidative stress leads to asthma, pulmonary fibrosis and even in some cases lung cancer.

Exposed skin is the most susceptible organ to oxidative damage. The UV radiations from sun continuously generate free radicals and reactive oxygen species that can lead to many deleterious effects and damage to skin.

An impaired antioxidant system in human body plays an important role in progression of rheumatoid arthritis, joint tissue injury and even chronic inflammation. It also causes development of atherosclerosis, connective tissue degradation, dyslipidimia and joint and particular deformities. It also causes immunomodulation, which can eventually lead to autoimmune diseases.

Liver is the most important organ in maintaining homeostasis of human body. It acts as a place for storage and redistribution of various nutrients and other important molecules. It also acts as important site for free radicals. Liver produces various enzymes that play an important role in antioxidant system, so high oxidative stress due to any environmental factor can result into detrimental health effect.

In plants the chloroplast and mitochondria are the two main powerhouses for naturally produces reactive oxygen species. Beside them Peroxisomes also  produces reactive oxygen species in the form of hydrogen peroxide (H2O2), superoxide (O2–) and nitric oxide (NO–). In plants  the photosystem I and II of the chloroplasts generates these ROS . They are also play a role in mitochondrial electron transport chain (ETC). The cell controls the production of these free radicals. 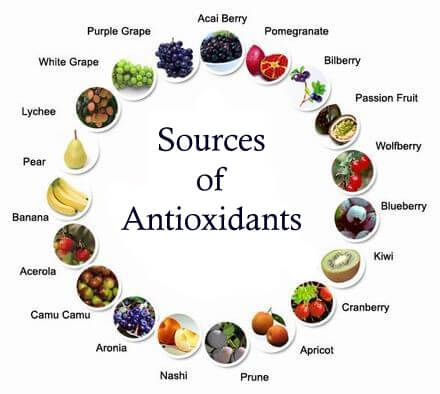 Antioxidants come up often as good for health and in prevention of various diseases. These substances prohibit the deleterious effects of oxidation. The health benefits of antioxidants are very important because if free radicals are left unchallenged, they can cause a wide range of illnesses and chronic diseases. As free radicals are linked to a wide range of diseases, like vision loss, heart disease, cancer etc, but this does not mean that an increased intake of antioxidants from artificial sources will prevent these diseases. Taking antioxidants from artificial sources or in the form of supplements may increase the risk of some other health problems. As a result, the best solution is to seek out for natural sources of antioxidants, in the form of a healthy diet. Consuming fruits and vegetables has been linked to a lower rate of chronic diseases, and this is mainly because of their antioxidant content.

How Can a Text-To-Speech Reader Help You Emotionally Connect with Your Audience?

Hubble Data Shows That “Something Weird”

NASA plans early June rollout of SLS for next